In this week’s story game, we hit the road with Ribbon Drive by Avery Alder, on a trip from our home in Idaho to New Orleans for Mardi Gras and for our boy Chester Springhill to meet up with his lady love Jenny for the first time. After listening to “Jenny” by Walk the Moon and “50 Ways to Say Goodbye” by Train, we had a full crew in a wheelchair van owned by Zach Leon, who wants to find love and become a DJ. Our trip was bankrolled by Art Pendleton, the neglected son of TV billionaire Louise Pendleton and better known as Bullet, who was determined to spend a wad on this trip and transform himself into a law-abiding superhero. Chadwick Grey is determined too, determined to get the hell out of Idaho and go fishing on the Mississippi. Sam Renfro is all about the food and can’t wait to eat his way down Bourbon Street and maybe open his own restaurant. Chloe West, a rescue worker and beekeeper, has a secret agenda and also hopes to start a new life far away from here. Finally, Kurt Olsen, a Boise night club owner and former trapeze artist, joins the group hoping to find a psychic in N’awlins who can help him communicate with his deceased partner and find the peace to return to circus life. 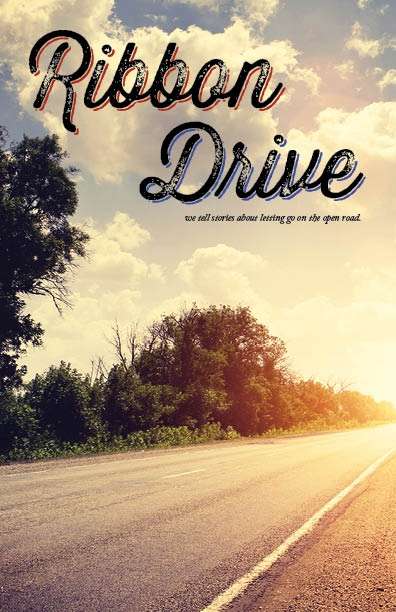 We hit the road in Zach’s van but get stopped before we even hit the state line by a police officer looking to harass a motley group like ours, but Bullet drops his mom’s name and gets us through. When we try to check into a hotel in Wyoming, it’s all full up from a Mary Kay convention, so we press on into Nebraska, where Chloe heads into the cornfields alone to dump whatever she’s been carrying in that bag. When we hit Omaha, Zach upgrades us to a tour bus outfitted like a rocket ship, but not until Chloe uses her photographic memory to help him remember his credit card numbers after he realizes he’s lost his wallet. While hanging out waiting for the bus upgrades including installation of the bidet, the crew hang out and talk about their dreams: Grey and fishing, Sam and food, Bullet and his secret lair. Others chat about their suspicions with Kurt questioning Chloe’s odd behavior, and many wondering if Jenny will turn out to be everything she claims. At a Medieval-themed steak house in Kansas City, the group helps Sam think of a name for his restaurant and Bullet promises him financial backing.

In Arkansas, they visit the Mystic Caverns despite Grey’s paranoia about safety, but turns out he was right to come outfitted to the nines because a cave-in leaves them stranded until Chloe uses her rescue skills to create a hole that firefighters can exploit with the jaws of life to pull them free. After that, they’re all anxious to hit NOLA, but talk about what to do next turns to New York City, with Grey, Zach, Chloe, and Kurt all aiming for setting up and working a place on the East Side: maybe a Circus-themed night club, or just an Irish themed pub, or a psychic N’awlins themed bar. Chester finally meets Jenny and she was all he’d thought she would be, kind and loving and free to join us in our wanderings.

We didn’t play long enough to find the true protagonist of the story, no one truly letting go of their dreams but all getting a taste of accomplishment and continuing to wish for the future, but perhaps sometimes the dreams in our heads are more part of the journey than of the destination.