Our session of With Great Power by Miller O’Sullivan, GMed by Charles, was a dramatic one.

The protagonists were the Van Haus children, who got their powers, and were separated during their late childhood when an experiment by their parents went awry.

The children grew up and became superheroes but separate from one another. Silverspark fled the house after the explosion of the experiment and ended up growing up on the streets. Her power was throwing uncontrolled fire. Ephemeral ended up fusing into his twin brother during the explosion. This gave him the power of phasing… and a crushing guilt of making his twin brother disappear. Dr. Monsoon was the elder brother, who had been given the power to control the weather by his parents during an earlier experiment. After the experiment explosion, he became distant from the remaining family, hiding behind his experiments and his efforts at keeping the city safe.

The story we explored during our session revolved around addressing the havoc brought by the want-to be dictator Sergeant Snow. He happened to grow on the streets and be a friend (or was he just an acquaintance? I don’t remember fully) of Silverspark, but he wanted a world where people with powers ruled over those without them. As the superheroes were brought together by this havoc, they got to work together. As they worked together on this, the emotional issues that drove them apart were brought to the surface, the heroes tried to address them, but the havoc kept on interrupting these efforts. 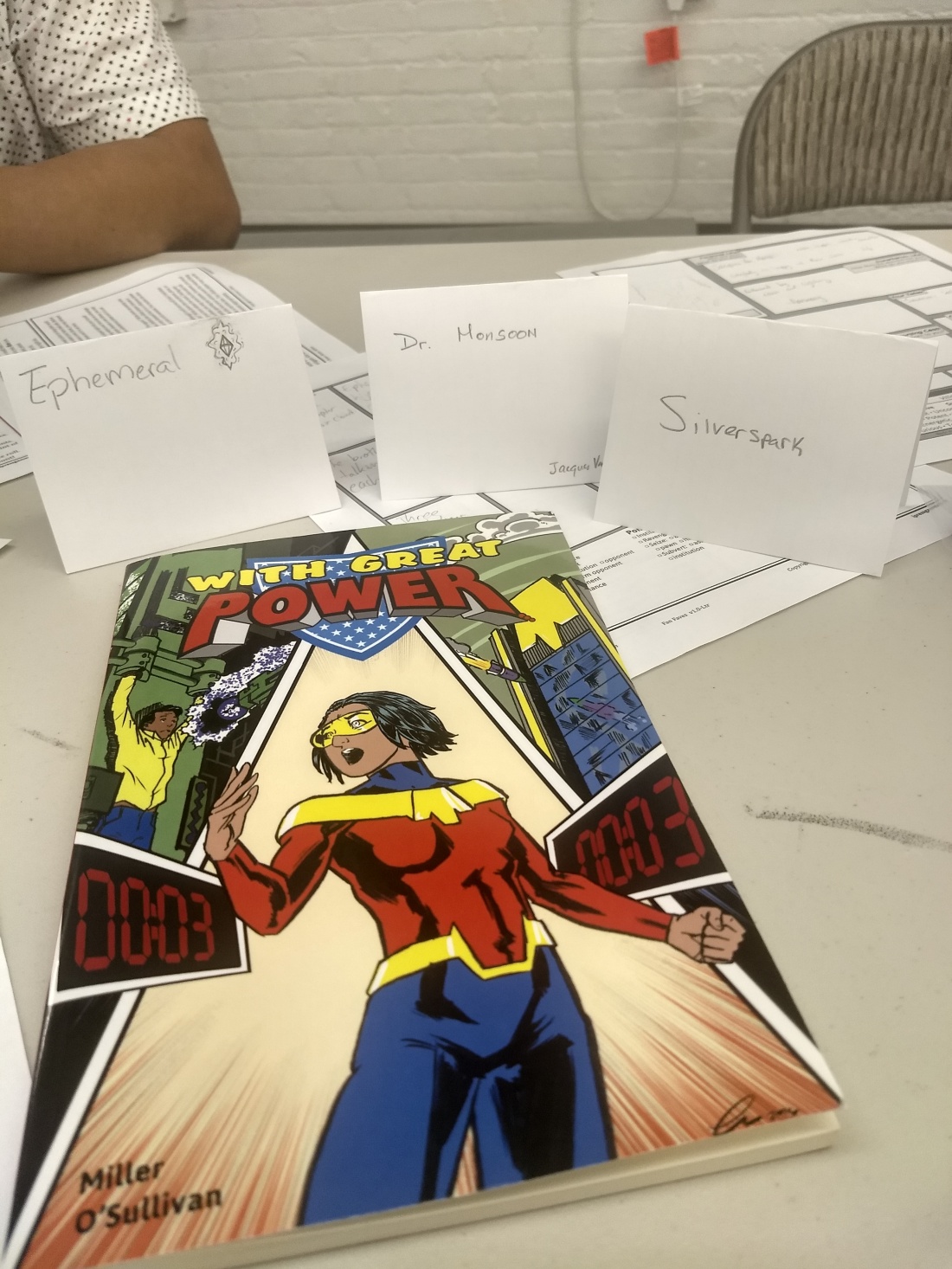 Engineer by day, RPG/LARPer by night. He/him I also post on Twitter sometimes. @Gragoon1 View all posts by Gragoon